On board the enchanting Thames Luxury Charters Frost Fair

As part of our silver anniversary celebrations we wanted to pay homage to one of the River Thames' most remarkable historical traditions: the Frost Fair.

Between 1600 and 1814, it was not uncommon for the River Thames to freeze over for up to two months at a time. During winter pieces of ice would get lodged between the tightly-spaced London Bridge and its piers, effectively damming up the river and making it easier to freeze.

On these occasions it was the local Londoners - as enterprising and resilient as ever - who decided to make the most of it by setting up the Thames Frost Fairs. These would have been quite a spectacle, full of hastily constructed shops, pubs, ice skating rinks... everything you would expect in the crowded streets of London, but on ice!

A year on from our celebrating the best of winter with Hygge on the Thames, and some 204 years since an elephant was walked across the Thames as part of the last Frost Fair, it was time to enjoy another. And while it took place on board one of our luxury fleet and not the frozen river itself, it was certainly worth the wait!

On the evening of Thursday 15 February almost 200 guests made their way down Butler's Wharf Pier, where they were given a wintery welcome through a haze of snow. Here they were to embark the Erasmus ahead of a two-hour cruise through London, abound with merriment. 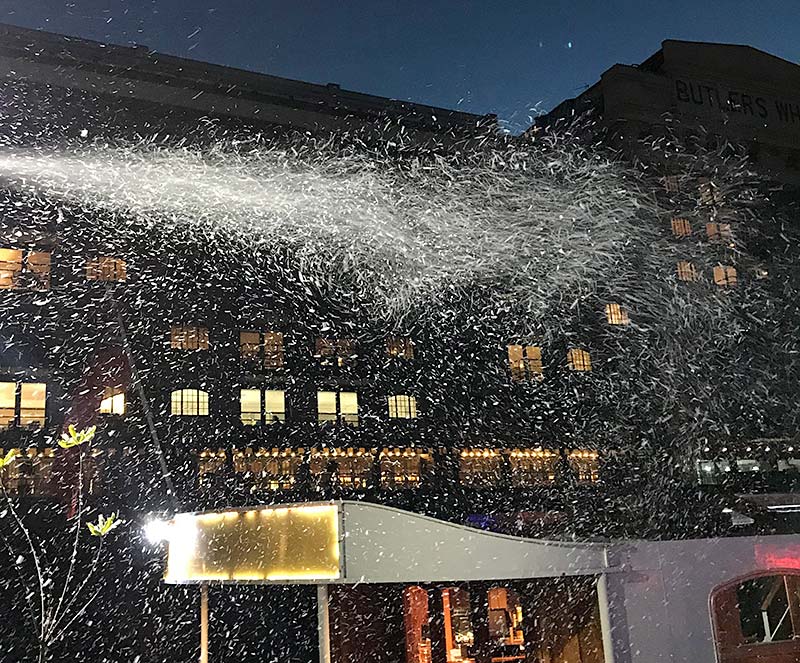 Once warmly welcomed aboard with one of our unique cocktails, specially designed and produced for the evening by our imaginative drinks team, guests were free to explore the wonders of our floating Frost Fair.

The Erasmus itself was festooned with enchanting candlelight, as well as suspended ice "orbs" provided by Bubblegum Balloons. As guests mingled and enjoyed the unforgettable scenery of London by night, a pickpocket and Victorian magician Sir Foxley - who wouldn't have looked out of place back at the 1814 Frost Fair - entertained guests with their mesmerising and fun brand of wizardry. 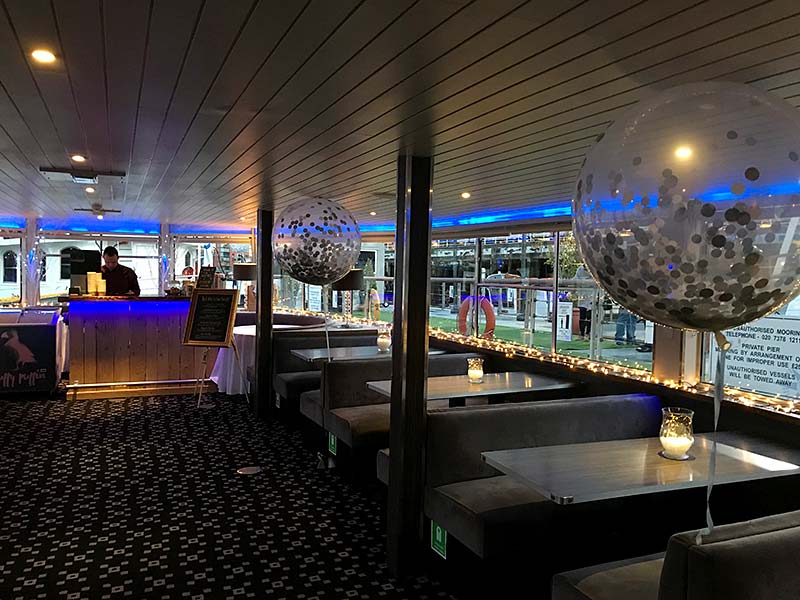 Live music was provided by a accordion player and fiddler who serenaded those on board with a charming medley of traditional tunes, transporting us back to Victorian London.

On the menu, our award-winning caterers foodbydish created delicious "Fire and Ice" food stations, while a team of shuckers from Oyster Meister brought fresh oysters to the guests as they sipped pints of ale. Fluffy Puffin proved to be a massive hit as they churned bespoke ice cream flavours, including Colonial Tea with Candied Ginger and Honey Beer and Molasses, in front of the guests. 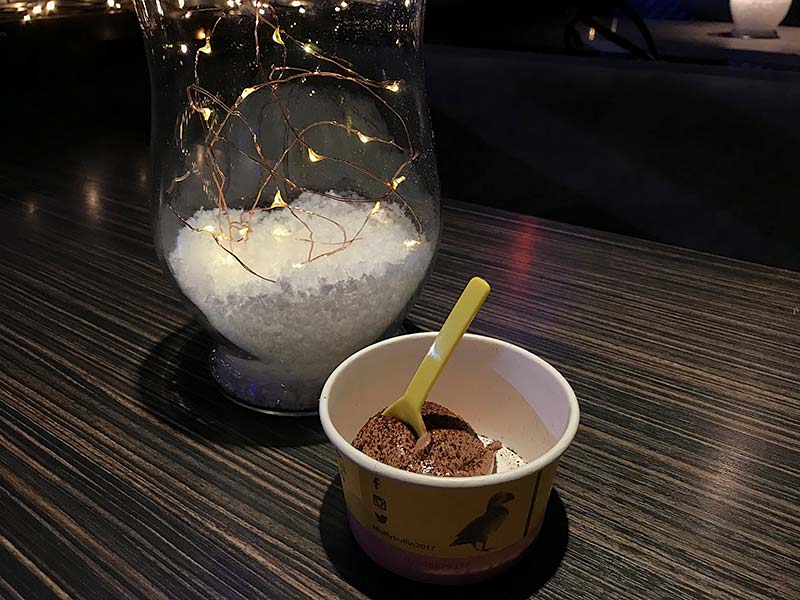 The Frost Fair flew by and before we knew it we were heading back towards a shimmering Tower Bridge for our disembarkation. A superb night was had by all at a truly unique event on the river, the likes of which hasn't been seen for centuries. Let's hope we don't have to wait as long for the next one! 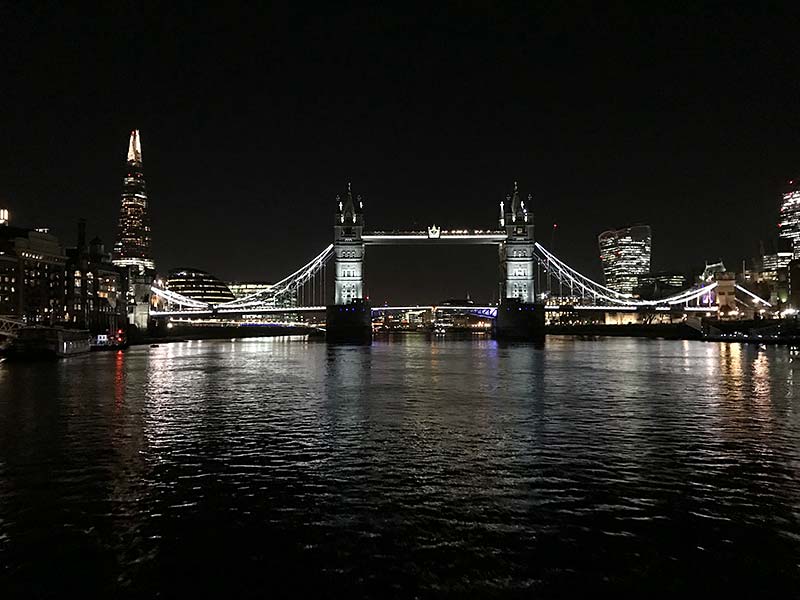 Interested in hosting your own Frost Fair or seeing what bespoke event you could create from scratch on board our exquisite fleet? Enquire today with your requirements and you'll receive a bespoke booking proposal from our friendly and experienced Events Management Team, who will assist you every step of the way.

It's wonderful on water. We look forward to welcoming you on board soon.

Find out why it's wonderful on water